Selma Meerbaum-Eisinger was born on 5 February 1924 in Cernăuţi (German: Czernowitz), then a German-speaking enclave in Bukovina (Romania), now called Chernivtsi (Ukraine). She was murdered in the Mikhailovka labor camp in Transnistria on 16 December 1942.

The Army captain was dying

in a vivid sunflower field in Ukraine.

From that morning there remained

just a third of the battery charge in his phone,

and some lingering minutes of credit.

It was clear to the captain:

There will be no mercy to anyone captured,

as there would be no welcoming music,

to whoever escaped this calamity whole and alive,

as the price of a life was declining abruptly.

All night long, after a bloody and desperate day,

he led a diminishing platoon of young soldier-survivors

through the fields and ravines under heavy artillery rounds

abundant in their ammunition reserves kept it coming,

It appeared that the air was burning

as were all the sharpened remnants of the officer’s oath…

In the morning, a Russian sharpshooter picked out

the rest of the most inexperienced fighters

from the captain’s platoon,

while wounding the captain, denying him use of his legs,

which he covered in soil.

As the captain observed, the enemy was closing in,

getting out through shallow ravines was no longer an option.

He took out his old but reliable phone

and attempted to dial a number in Kyiv,

at home, on the left bank of the Dnieper,

his wife answered in jubilant voice:

Dear, finally! We were so worried,

the nightmares we see are so awful,

you really should try and call more often,

you are exhausting us with all these worries,,,

As his daughter, a student accepted to study abroad,

then grabbed the phone and demanded:

He envisioned them both in the kitchen,

while the captain–in and out of consciousness, smiled and spoke:

Girls, I love you so much!

What’s with those pesky felines of ours–the carpet destroyers?

How are things with “Dinamo”,

good soccer, are they on the ball,

as the season is rolling?…

somehow got through the encirclement,

and suddenly appeared from nowhere,

as the nurse and doctor tried to get the captain inside…

The ringing…It was either a church bell or a concussion…

The captain could not really tell.

They were hesitating as to what to do with the doctor,

when one of the Russian officers appeared to have recognized him–

Thus, August of 2014 burned over Ukraine… The captain was dying.

It shall forever remain unclear whether

there was reproach in the eyes of the captain.

As lingering as that burning August air is the rhetorical question:

Who will be burdened with all the forgiving to be done…

In accordance with the unspoken terms of the criminal elite, or conceivably

through the guidance of the Scriptures or perhaps the concepts of the Qur’an?…

here, it is all we can do to remember
the dark warmth that was immortality,
frozen now. Abandoned forever

for this coil of möbius memory
that turns and twists away from the plane
and the sharp pull of flat reality,

of the broken gods underfoot, after
the fall, after the immortality
that is all one can do to remember.

Your scarf slipped away when you rose to leave,
and fell to the foot of our haphazard bed—
and then you left, not another word said.
That day, I draped the scarf on my sleeve
and memory lurched forward—surely you’d retrieve
the silken scarf soon enough in the days ahead.
But the scarf then revealed a long extruded thread—
a thinner future neared, barely perceived.

I chanced upon that scarf the other day,
buried in a cardboard box thirty years
before. But something close took my breath—
not the scarf, not the memory, but the stray
silk thread. Always, a steeper future nears
like a stranger bearing news of a death.

Translation to Russian by Gari Light:

Now that we’ve run the edge of a perfect circle,
we become recurrence.  From within its own absence,
the wind has picked up now—how sudden the advance
of this scheming season: doors shudder against the winds,
fields already lay bare but for those unharvested remains
still tendrilled to ideals of rotund abundance.

Once, we too were tethered to a timeless abundance,
an encompassing now which ruled our tightly drawn circle.
No movement beyond that present—nothing remained
from a yesterday, or for a tomorrow.  Time’s absence
removed us from the grief and hope that now wind
themselves tighter and tighter with each hour’s advance.

Not yet free, could we have known in advance
just how our first unthinking grasp of the abundance
would trigger time?   And evening.  And morning.  The four winds
carried us far from that primordial circle.
We drifted—evening, morning—and sculpted new absence
in our own image.  Then, discarding the remains,

we fled.  Never to return.  For us, all that remained
was rootlessness. Never to advance
beyond our first love of loving.   We made absence
our god, and we lamented our emptied abundance.
And now, every circle is a vicious circle.
And now, autumn’s hour is again. Grinning winds

gorge themselves on barren fields, and other winds
still wait in the hills to claim their share of our remains.
We are safe.  Safe, we move within our warm circles,
bolstered and fortified against the winds’ advance,
repeating ourselves and others, feigning abundance—
this too shall pass, we are safe now, you know, absence

makes the heart grow there but for the grace of absence—
repeating, cowering within our wind-
struck shelters, we lean and summon abundance
back from autumn’s ambush, but find that nothing remains
after yet another thousand years’ advance
and again we’ve run the edge of a perfect circle.

And abundance is last night’s grapes. Still chilled, they remain
in the bowl by the window, glistening against dawn’s advance.
You. I. Our absence. One fall night.  Encircled.

abiding dank in the squatter’s darkness

now is not always the best time for words

and which words might do and who will hear them

and what of their abject inconsequence

all that’s to be considered before words

before a word before some foundling note

is seized and carried to an altar now

before hoopla before hope before the

new year that is now and again and when

now is not always the best time for words

2. No Soup for Il Duce
Bundled up, they race
home, surprising even their
abandoned shadows.

3. Her Exquisite Beef Loman
“I wouldʼve dumped him!”
she tells the wind (right after
Death of a Salesman).

4. Before It Was Pie
A prizewinning rose
swayed wildly in that grinning
field of smug pumpkins.

5. Finnish Courtesan
Blue winter pauses
against unspeakable odds
then shoves right on in.

Under the wide and starry sky
Dig the grave and let me lie:
Glad did I live and gladly die,
And I laid me down with a will.

This be the verse you grave for me:
Here he lies where he long’d to be;
Home is the sailor, home from sea,
And the hunter home from the hill.

It came to me the other day:
Were I to die, no one would say,
“Oh, what a shame! So young, so full
Of promise — depths unplumbable!”

Instead, a shrug and tearless eyes
Will greet my overdue demise;
The wide response will be, I know,
“I thought he died a while ago.”

For life’s a shabby subterfuge,
And death is real, and dark, and huge.
The shock of it will register
Nowhere but where it will occur.

See also the discussion of Updike’s poem at the Immortal Muse blog.

REQUIEM FOR THE PLANTAGENET KINGS
For whom the possessed sea littered, on both shores,
Ruinous arms; being fired, and for good,
To sound the constitution of just wards,
Men, in their eloquent fashion, understood.

Relieved of soul, the dropping-back of dust,
Their usage, pride, admitted within doors;
At home, under caved chantries, set in trust,
With well-dressed alabaster and proved spurs
They lie; they lie; secure in the decay
Of blood, blood-marks, crowns hacked and coveted,
Before the scouring fires of trial-day
Alight on men; before sleeked groin, gored head,
Budge through the clay and gravel, and the sea
Across daubed rock evacuates its dead.

Today, despite what is dead

staring out across America I see since
Lincoln gunmen
nursing fantasies of purity betrayed,
dreaming to restore
the glories of their blood and state

despite what is dead but lodged within us, hope

under the lustrous flooding moon
the White House is still
Whitman’s White House, its
gorgeous front
full of reality, full of illusion 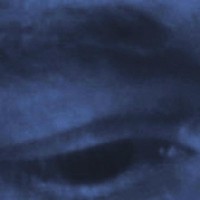 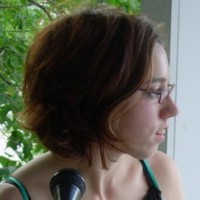 Celebrating Writing in Translation each September

A Public Sphere for Poetry, Politics, and Nature: over 400,000 monthly users

is a poet, performer and disability activist. Bring her stumbling to your city.